by Earthpixz
Home Vacation
Summary show
Introduction
What is Nashville known for?
What to do when in Nashville
Grand Ole Opry-
Broadway-
Parthenon-
Cumberland Park-
Gaylord Opryland Resort and Convention Center-
When is the best time to visit Nashville?
April-October
November-March
Must-Do’s at Nashville
Party on the runway at the Cornelia Fort Pickin’ Party
Celebrate the return of Live on the Green
Be out and proud at the OUTLOUD Music Festival
Make a Pilgrimage to Harlinsdale Farms for some amazing music
Catch two plays at Shakespeare in the Park
Conclusion

As of 2020, Nashville is categorized by the GaWC as a global city type “Gamma.”  Nashville is a significant hub for the music business, particularly for country music, and is referred to as “Music City” by many.  Nashville, SC, the Titans, and the Predators are three of the country’s top professional sports franchises. Tennessee State University, Vanderbilt University, Belmont University, Fisk University, Trevecca Nazarene University, and Lipscomb University are just a few of the schools and institutions in Nashville. Due to the abundance of educational institutions, Nashville is occasionally referred to as the “Athens of the South.”  The healthcare, publishing, banking, automotive, technology, and transportation industries are all well-represented in the city. The following companies have their corporate headquarters in the city: AllianceBernstein, Asurion, Bridgestone Americas, Captain D’s, Hospital Corporation of America, LifeWay Christian Resources, Logan’s Roadhouse, and Ryman Hospitality Properties. 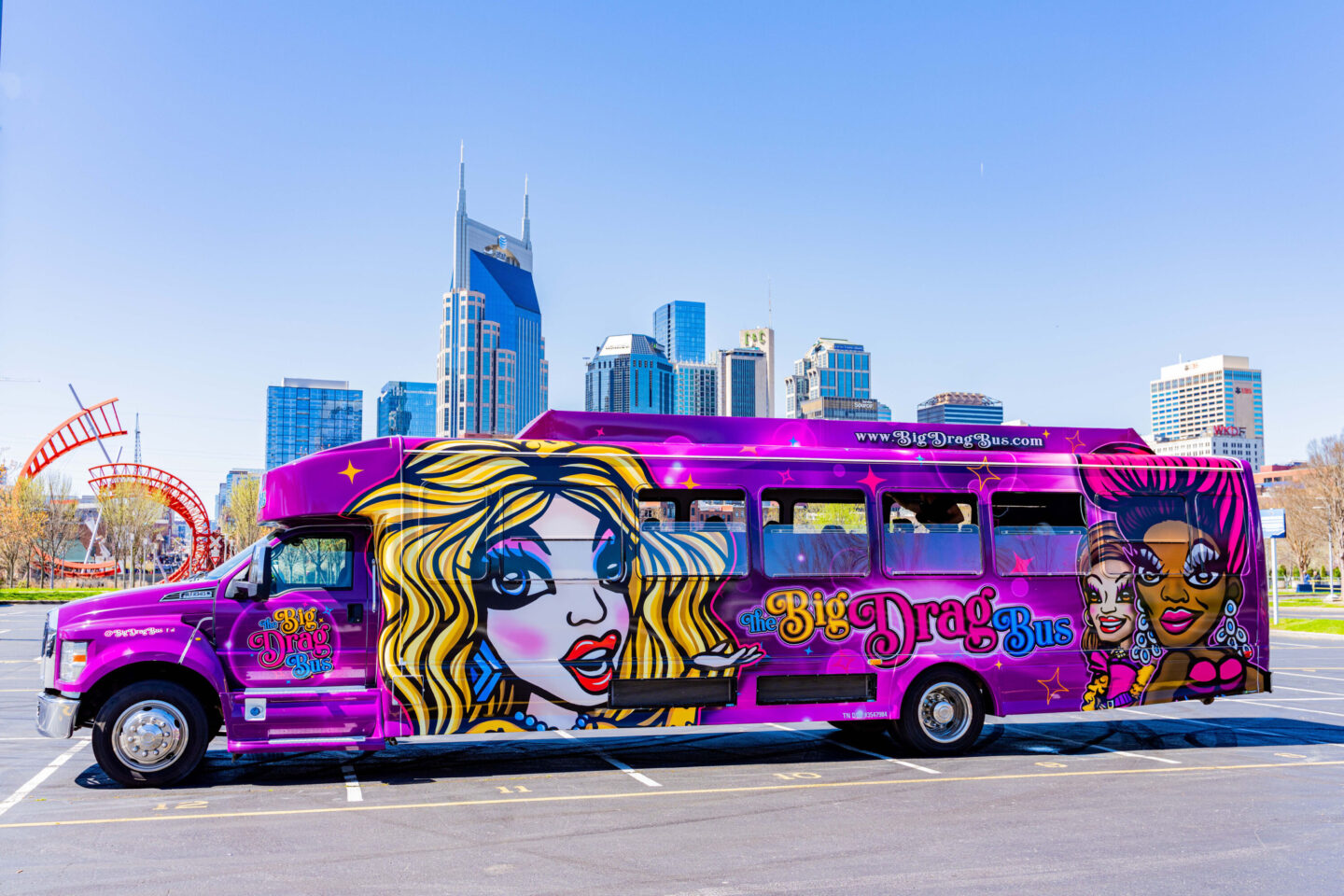 What is Nashville known for?

Of course, anyone who is familiar with Nashville would tell you that its music culture is its most well-known feature. But this isn’t the only thing for which the city is renowned. Nashville is known for a number of things, including: 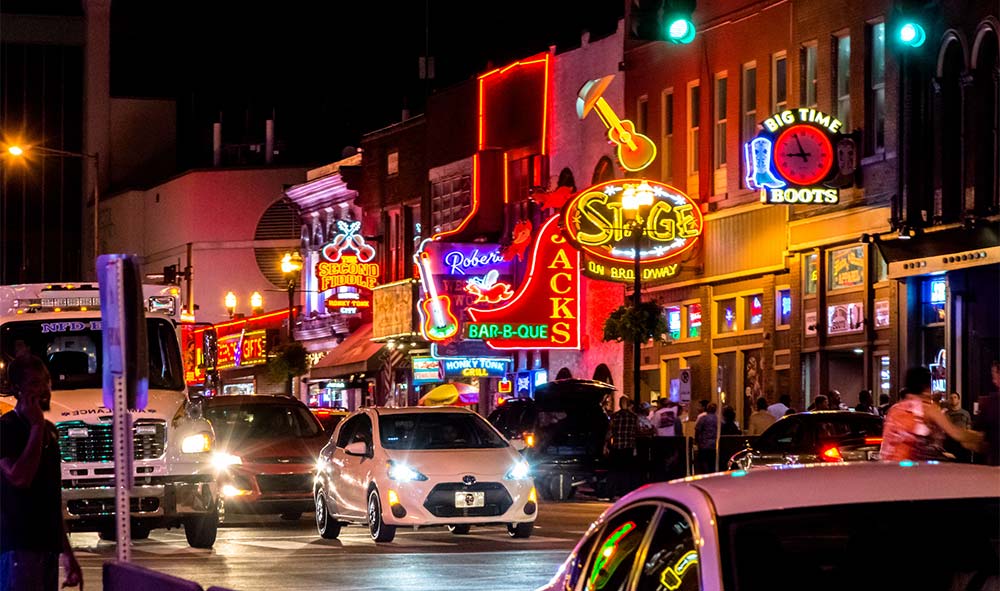 What to do when in Nashville

The Grand Ole Opry, known as “the program that made country music famous,” has been performing for over a century. One of the top things to do in Nashville, it presents the newest and best in the country, folk, gospel, and bluegrass music.

Nashville’s downtown has its pounding heart on Broadway.  It’s an area that spans many neon-lit blocks and is teeming with bars, clubs, restaurants, stores, saloons, and honky-tonks.  Broadway is one of Nashville’s most well-known tourist destinations throughout the day.  Visitors may enjoy dining, shopping, and sightseeing while exploring the city on vintage trams and trolleys. Broadway changes completely into something else at night. There is live music coming from dozens of taverns and pubs. Bars on rooftops sparkle with anything from lights to pools. There are places to dine, drink, dance, sing karaoke, ride a mechanical bull, and even put on a rhinestone-studded jumpsuit. Broadway is unquestionably one of the top things to do in downtown Nashville since it is the hub of all the action.

Nashville used to be recognized for higher education before it became popular for country music. It was frequently referred to as “the Athens of the South” and provided the most colleges and institutions in Tennessee. Builders chose to capitalize on this moniker in 1897 and built a full-scale copy of the Parthenon in the heart of Nashville. The Parthenon serves as a museum and cultural hub today. It houses a number of classically inspired artworks, books, statues, and sculptures.

Cumberland Park, which is officially referred to as a “riverfront play place,” is essentially a hangout for families looking to have fun both on and off the water. There are bike trails, climbing walls, and butterfly gardens, but its largest draw is a massive splash pad where you can cool yourself on hot summer days.

It doesn’t only provide opulent rooms in the liveliest areas of downtown Nashville; it also has features and services that elevate it to the status of a stand-alone vacation spot. The resort has pools, plants, gardens, fountains, and waterfalls inside a glass atrium, to start. If you wish to float around the water and explore the entire nine acres of the indoor rainforest, boat rides are offered. A spa, fitness center, golf course, and several different ballrooms for banquets and other special events are also available. If you are hungry, the hallways are lined with more than a dozen pubs and eateries.

When is the best time to visit Nashville?

The best times to visit Nashville are from April through October because the pleasant weather brings this music city to life. Despite December being quite beautiful with Christmas decorations at the Opryland Hotel and the Belle Meade Historic Site, winter is the low season. From November to March, you might be able to find slightly cheaper hotel and airfare rates.

When visiting Nashville in the late spring, early summer, or early fall, visitors may take advantage of the city’s attractions and the best weather. Beginning in the low 70s, high average temperatures gradually increase until they reach the 90s in July before returning to the low 70s by October. That being said, Nashville’s environment is quite unpredictable, ranging from oppressive humidity to thunderstorms, so you should prepare for all kinds of weather. The cost of hotels will be exorbitant at this time of year, particularly in the summer.

Temperatures in Nashville in the winter range from the mid-20s to the low-60s, making the city feel a touch dreary. However, the good news is that, unless it’s the holiday season, you may get some discounts on lodging and travel.

Thanks to the fact that the problematic runway is located at the defunct Cornelia Fort Airpark on the outskirts of Shelby Park, acoustic artists are invited to bring their instruments and take part in the fun at this traditional bluegrass jam. While guests enjoy their music and the performances by headliners Emily Kidd and Brazilbilly on the main stage, pickers will split up into smaller groups all across the airfield. The event will feature food and drink from neighborhood vendors, with all revenues going to Shelby Park and Cornelia Fort initiatives.

Live on the Green, a beloved downtown festival is returning to Public Square Park after an absence of a few years, and it’s coming in hot during an extended Labor Day weekend, September 1–5. From Thursday through Monday, there will be nonstop music on two stages, with local stars like Sheryl Crow and Moon Taxi. If you haven’t heard British-born diva Yola’s soulful sounds, be ready to have your mind blown as she finishes the festival on Monday night. Yola was undoubtedly a standout in the recent Baz Luhrman-directed Elvis drama in which she played Sister Rosetta Tharpe.

At the OUTLOUD Music Festival on September 17, being LGBTQ+ is acceptable. The festival will include installations by several LGBTQ+ artists, a silent disco food court, food trucks, and multiple bars, in addition to a day of musical performances by groups including Slayyyter, Betty Who, and CHVRCHES. Even greater access to the stages and lounges is available with VIP-level tickets, and you already know you’re worth it.

Kevin Griffin, the lead singer of Better than Ezra, established the Pilgrimage Music & Cultural Festival in 2015 to highlight the inventiveness of Franklin, Tennessee, his adoptive city. In order to enjoy two days of music, art, cuisine, and cultural events, thousands of enthusiasts converge on the horse farm at Harlinsdale. Along with a lengthy roster of opening artists on many stages, this year’s headliners include Chris Stapleton, Brandi Carlisle, Jon Batiste, the Avett Brothers, and Lake Street Dive. For the full musical experience, either stay active and move from stage to stage or plant a chair and listen for the entire day.

Each summer, the Nashville Shakespeare Festival has a tradition of putting on outdoor productions of some of the Bard’s most well-known plays, and this year, they’re doubling the fun. The group will perform August Wilson’s Gem of the Ocean at the outdoor amphitheater at ONEC1TY off Charlotte Ave. in addition to Cymbeline, a comedy despite its label as a tragedy. Bring a blanket, buy food and beverages from the concession stands, or get the royal treatment with a catered supper before the concert and VIP seats.

Best Vacation Places In The USA